A female service member carries a counterpart during the movement-under-fire portion of the Combat Fitness Test at Marine Corps Base Camp Geiger, N.C., in 2013. Researchers concluded that lower fitness levels at the start of basic training and women’s greater likelihood of reporting injuries were likely factors in the higher injury rates of female personnel. (Chelsea Flowers Anderson/U.S. Marine Corps)

The reason U.S. servicewomen seem to be injured more than their male counterparts may be lower fitness levels at the start of basic training, combined with less reluctance to report their injuries and seek care, according to a new study.

Those findings, derived from an analysis of 25 studies on military injury, were published Monday in the journal BMC Women’s Health.

Women tended to improve their fitness during basic training more than men and reported their injuries sooner and more frequently, the analysis found.

After adjusting for differences between the sexes in average fitness levels based on their times in the 2-mile run, there was no longer a significant difference in injury rates during basic training, the study found.

The 25 studies examined how differences between men and women may contribute to injury variability among military personnel.

For example, the fact that women are shorter on average makes them susceptible to overstriding while marching in formation when the pace is set by men, researchers said. 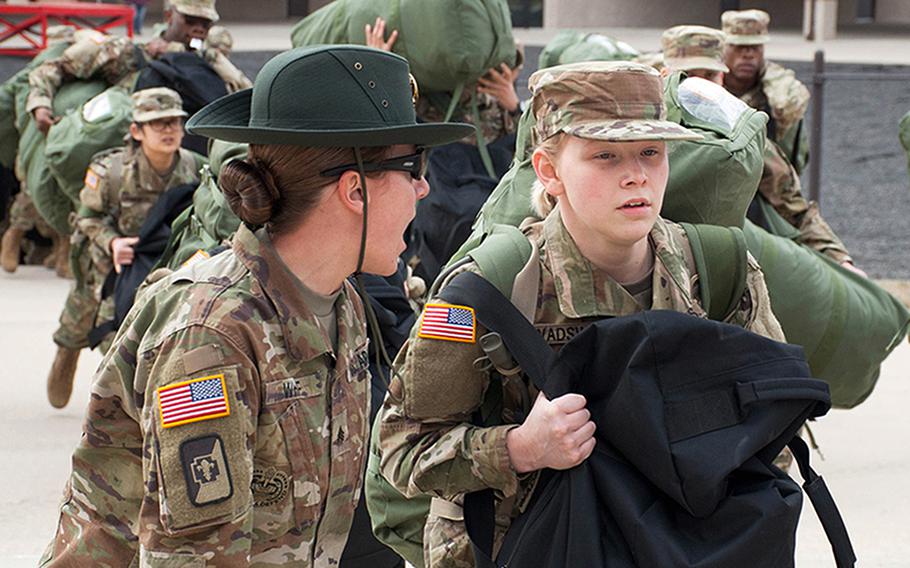 An Army drill sergeant corrects a recruit during her first day of training at Fort Leonard Wood, Mo., in 2017. A new study analyzed factors in the variability of injury rates for male and female service members. (Stephen Standifird/U.S. Army) Air Force trainees march in formation during a drill session at Keesler Air Force Base, Miss., in July 2020. Researchers concluded in a study that lower female fitness levels at basic training were likely an important factor in the higher injury rates of women in the military. (Kemberly Groue/U.S. Air Force) 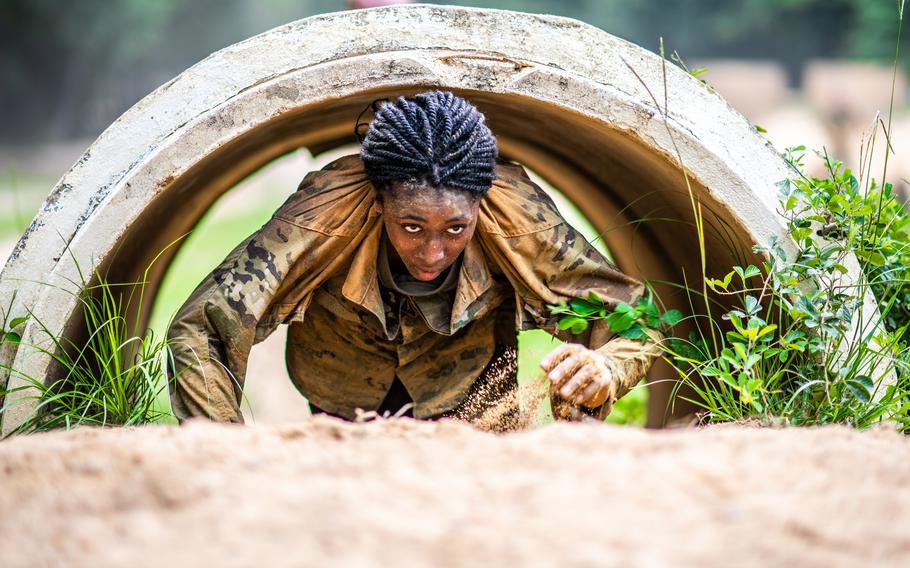 Other researchers suggested that bone differences “predispose female personnel to a higher incidence of injury, particularly those classified as overuse injuries,” they said.

Researchers also found that the manner in which injuries were reported made a statistical difference.

One study of Marine Corps recruits showed no difference in injury rates between sexes when both reported and nonreported injuries were pooled, the analysis said.

Given that the difference in injury rates declined as military careers progressed and female personnel are more prone to report injuries, the variability in injury rate is “unlikely to be due to biological sex … but rather to average sex-based differences in fitness levels, reporting behaviors and possibly other factors,” the analysis concluded.

Discovery of new UEFI rootkit exposes an ugly truth: The attacks are invisible to us

Revealing the fitness and diet secrets of Taapsee Pannu

Benefits of prenatal fitness: Why you should exercise when pregnant

Assessing a patient’s fitness to drive