WEST PALM BEACH, Fla., Dec. 21, 2021 (GLOBE NEWSWIRE) — Global Polo Entertainment, the entertainment and media subsidiary of USPA Global Licensing Inc. (USPAGL), has announced a blockbuster deal with ESPN LATAM and Star+. USPAGL, who also oversees U.S. Polo Assn., the official brand of the United States Polo Association (USPA), continues to find ways to connect new audiences with this great sport and its authentic brand. This agreement will bring to South America the finals of the three tournaments that make up the Gauntlet of Polo and, for the first time in the history of the sport, ESPN Sur will also televise the U.S. Open Women’s Polo Championship, the premier women’s polo tournament.

“This partnership is important as we endeavor to grow the exposure to our top USPA tournaments worldwide. Argentina and South America were the next big steps for the visibility and growth necessary to attract new fans and viewers to the sport of polo,” said J. Michael Prince, President and CEO of USPA Global Licensing, which manages the global, multi-billion-dollar U.S. Polo Assn. brand. “As a sport-inspired brand in over 194 countries this was a natural fit for our lifestyle and sports content.”

The subsidiary to USPA Global Licensing, is the media and entertainment arm for the organization. Focused on managing media rights, television broadcasts, digital television and corporate sponsors to expose the sport to new viewers and new fans around the world. For more polo content visit globalpolo.com or follow us on @globalpolo.

ESPN Sur is the Latin America Division of ESPN Inc, the world’s leading sports entertainment brand. ESPN is 80 percent owned by ABC, Inc. (an indirect subsidiary of The Walt Disney Company) and 20 percent by Hearst.

Star+ is a standalone general entertainment and sports streaming service in Latin America. It is complementary to, but independent from Disney+ in the region. The service is the home for exclusive premieres of general entertainment TV series and movies from The Walt Disney Company’s content studios, including Disney Television Studios, FX, 20th Century Studios, Star Original Productions, National Geographic Original Productions and more, and the streaming service for live sports from ESPN, the most respected and renowned brand for sports fans in the region that delivers live events from Serie A, Ligue 1, ATP Tennis, NBA, NFL, MLS and more. From dramas to comedies, including all seasons of The Simpsons, and thrillers for adults, Star+ also features exclusive original programming from the Star general entertainment brand, along with a collection of regional original productions from Latin America.

U.S. Polo Assn. is the official brand of the United States Polo Association (USPA), the nonprofit governing body for the sport of polo in the United States and one of the oldest sports governing bodies, having been founded in 1890. With a multi-billion-dollar global footprint and worldwide distribution through some 1,200 U.S. Polo Assn. retail stores, department stores, sporting goods channels, independent retailers and e-commerce, U.S. Polo Assn. offers apparel for men, women and children, as well as accessories, footwear, travel and home goods in 194 countries worldwide. Ranked the fifth largest sports licensor in License Global magazine’s 2020 list of “Top 150 Global Licensors,” U.S. Polo Assn. is named alongside such iconic sports brands as the National Football League, the National Basketball Association and Major League Baseball. Visit uspoloassnglobal.com or @uspoloassn.

About the United States Polo Association®

The United States Polo Association was organized and exists for the purposes of promoting the game of polo, coordinating the activities of its Member Clubs and Registered Players, arranging and supervising polo tournaments, competitions and games, and providing rules, handicaps, and conditions for those tournaments, competitions, and games including the safety and welfare of participants and mounts. Founded in 1890, the USPA is the national governing body for the sport of polo. The USPA is currently comprised of more than 200 member clubs with thousands of individual members and oversees 40 national tournaments. For more information, please visit uspolo.org. 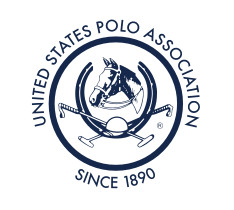 This content was issued through the press release distribution service at Newswire.com.

The Best Exercises for Bad Knees