JTA — Michael Steinhardt, the hedge funder and megadonor to Jewish causes, has agreed to surrender 180 stolen antiquities worth $70 million to their rightful homelands and to never again collect ancient artifacts.

In return, Steinhardt, a philanthropist who is chair of the Steinhardt Foundation for Jewish Life and co-founder of Birthright Israel, an organization that sends young Jews on free trips to Israel, will not face criminal charges for acquiring more than 1,000 pieces that were illegally smuggled out of 11 countries including Egypt, Greece, Israel, Syria and Turkey, prosecutors said.

Those are the terms of a deal that Steinhardt finalized Monday with Manhattan District Attorney Cyrus Vance, whose office began investigating several years ago over a Lebanese statue that Steinhardt loaned to the Metropolitan Museum of Art. That statue, they concluded, was illegally taken from Lebanon — making it like countless other objects that Steinhardt had amassed over the years, largely from Middle Eastern countries.

“For decades, Michael Steinhardt displayed a rapacious appetite for plundered artifacts without concern for the legality of his actions, the legitimacy of the pieces he bought and sold, or the grievous cultural damage he wrought across the globe,” Vance said in a separate statement.

“His pursuit of ‘new’ additions to showcase and sell knew no geographic or moral boundaries, as reflected in the sprawling underworld of antiquities traffickers, crime bosses, money launderers, and tomb raiders he relied upon to expand his collection.”

Steinhardt’s lawyers depicted their client as a well-intentioned patsy.

“Mr. Steinhardt is pleased that the District Attorney’s years-long investigation has concluded without any charges, and that items wrongfully taken by others will be returned to their native countries,” Steinhardt’s lawyers said. “Many of the dealers from whom Mr. Steinhardt bought these items made specific representations as to the dealers’ lawful title to the items, and to their alleged provenance.”

Vance’s office conducted the investigation in cooperation with law enforcement from 11 countries, including Israel.

Some of the items were looted during strife in countries including Lebanon, Iraq and Turkey. Steinhardt loaned some of them to museums.

According to the CNBC report, the deal between Steinhardt and Vance reveals that at least one of the items that is being repatriated, a box for human remains from Crete, was revealed to have been looted when Steinhardt scoffed at investigators looking into another item. “You see this piece?” he reportedly said. “There’s no provenance for it. If I see a piece and I like it, then I buy it.”

Going forward, Steinhardt will be barred for life from acquiring any objects created before 1500 CE.

In 2019, Steinhardt, 80, who helped found Birthright Israel and supports a wide range of Jewish institutions, was accused of a pattern of propositioning and making sexually inappropriate remarks to women who have approached him as part of their work in Jewish philanthropy or the arts. Steinhardt denied the accusations, but acknowledged a pattern of comments “that were boorish, disrespectful, and just plain dumb.” 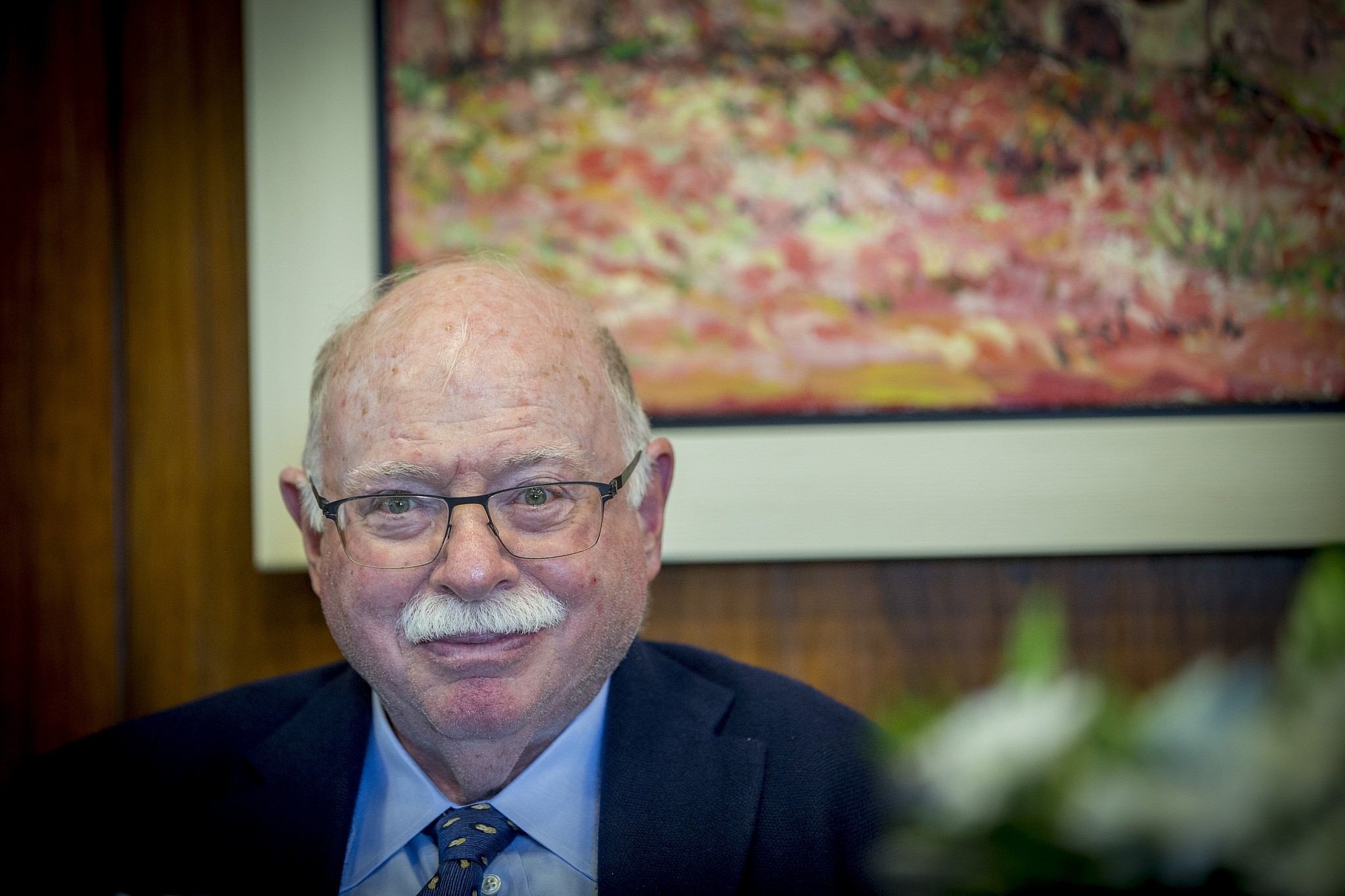 Michael Steinhardt attends a meeting at the Knesset in Jerusalem on April 26, 2017. (Yonatan Sindel/Flash90)

Steinhardt, who turns 81 on Tuesday, founded the hedge fund Steinhardt Partners in 1967 and closed it in 1995. He came out of retirement in 2004 to head Wisdom Tree Investments.

The items surrendered by Steinhardt include a stag’s head in the form of a ceremonial vessel for libations, dating from to 400 B.C., which prosecutors say appeared without provenance on the international market after rampant looting in Milas, Turkey. The stag’s head is valued at $3.5 million, the district attorney said.

There was also the chest for human remains from the Greek Island of Crete, called a larnax and dating from around 1300 B.C., which prosecutors said was purchased from a known antiquities trafficker.

AP contributed to this report

Dow Jones Futures Rally: Is Stock Market Correction Over? What To Do Now