The Israeli couple freed Thursday morning from eight days of detention in Turkey for suspected espionage after they photographed the president’s palace hailed their release as a “Hanukkah miracle.”

“We want to thank all the people of Israel who supported our country and family. Thank you to Prime Minister Naftali Bennett, Foreign Minister Yair Lapid, President Isaac Herzog,” said Natali Oknin in a press conference outside the family’s home in the city of Modiin.

“We were jailed for eight days and nights — our own private Hanukkah miracle occurred,” she said, referring to the upcoming eight-day Jewish holiday commemorating a miracle. “And today we returned home to our family and to our children.”

Natali and Mordy Oknin had been freed from a Turkish prison hours earlier and returned to Israel on a private jet sent by the government to bring them home.

Israel firmly and formally rejected the allegation that the Oknins, both of whom are bus drivers for the Egged company, were spies. Natali had featured in advertising campaigns for Egged over the years, and their work colleagues dismissed the notion that they were involved in espionage as ridiculous.

Natali and Mordy Oknin, who were held in Turkey for a week on suspicion of espionage, speak to journalists hours after they were released at their home in Modiin, November 18, 2021 (AP Photo/Ariel Schalit)

Oknin explained that while she was detained, she could hear the muezzin’s call to prayer from a nearby mosque.

“I closed my ears and shouted loudly — please God save me,” she said.

Her husband Mordy added his thanks to everyone at the Foreign Ministry: “We will not forget any of you.”

The development ended a saga that had involved concrete fears they would be in Turkish jail for many years.

Unnamed political sources told the Kan public broadcaster that their release did not entail any deal with Ankara.

There was no official statement from Turkish officials. Turkey’s private DHA news agency reported that a Turkish citizen who was arrested along with the couple was also released, in an apparent reference to their tour guide.

A transcript of a call between Bennett, Lapid and the family on Thursday showed the couple’s joy and gratitude at returning home and being reunited with their children.

“Prime Minister Naftali Bennett, we want to tell you from the bottom of our hearts, you did more than the obvious. You turned the world upside down and you were by our side,” said Natali.

Lapid asked them how their young son Ofek reacted when he saw them.

“He was happy, he jumped on me, I jumped on him with kisses and hugs. It was amazing, it was exciting, it was very special,” she said.

The prime minister and foreign minister praised the Oknins’ daughter Shiraz, who spearheaded the campaign for their release.

“Shiraz, we are considering recruiting you to a special unit in the country. Well done,” the prime minister said, to which the young woman responded that she was in favor of the idea. 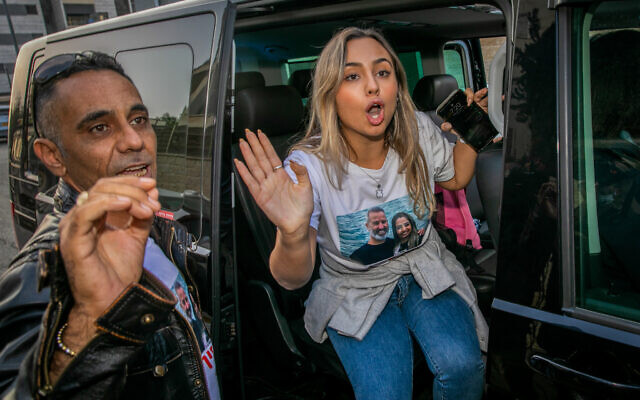 “You performed exceptionally well and were calm and restrained,” Bennett said.

Shiraz responded that she was incredibly grateful for their efforts in returning her parents.

“Thank you. You gave me a promise and you kept it and I will be grateful to you forever. You gave me back my parents and that’s the most important thing to me in the world,” she said. “I have no words, I really have no words. It’s been crazy this morning. Thank you, just thank you.”

“We thank the president of Turkey and his government for their cooperation and look forward to welcoming the couple back home,” the statement said, adding that Herzog had also significantly contributed to efforts to end the saga.

Bennett was reportedly set to speak with Erdogan on Thursday by phone to thank him for the release of the couple.

The Foreign Ministry sent a jet, along with two senior consular officials, to bring the pair back and they arrived in Israel shortly after 6 a.m. They then headed to their home in Modiin, where they were greeted by a crowd of relatives and supporters, many of whom wore T-shirts printed with a photograph of the couple. 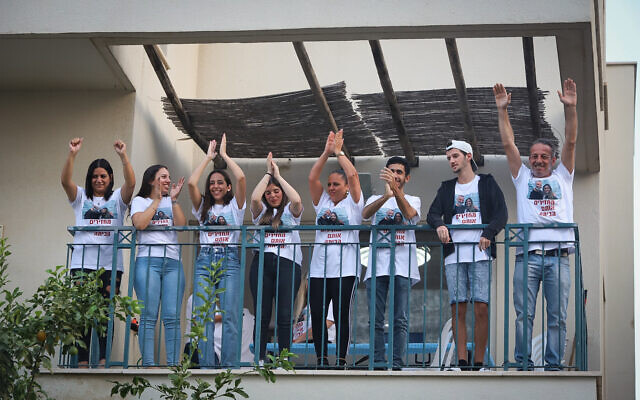 Family members wait for the arrival of Natali and Mordy Oknin, an Israeli couple who had been jailed for photographing the Turkish president’s palace, at the couple’s home in Modiin, November 18, 2021. (Yossi Aloni/Flash90)

The couple was arrested in Istanbul last week after they photographed Erdogan’s palace in Istanbul while on tour and sent the photo to their family. Media reports have said thousands of tourists — including Israelis — regularly take photos of the palace.

Initial hopes that the misunderstanding would quickly be cleared up were dashed last week when a judge ordered them held for an additional 20 days on suspicion of espionage. 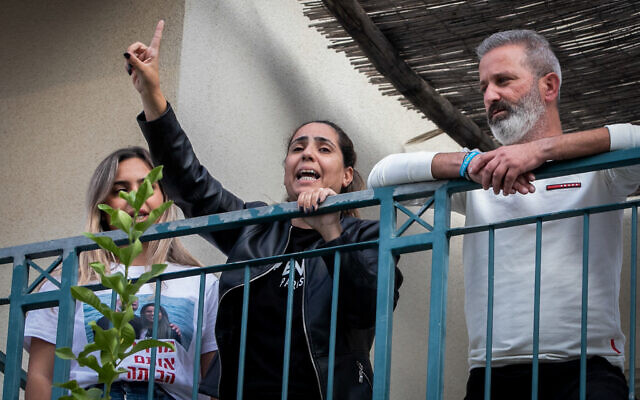 Natali, center, and Mordy Oknin, right, an Israeli couple who had been jailed for photographing the Turkish president’s palace, seen after their arrival in their home in Modiin, on November 18, 2021. (Yossi Aloni/Flash90)

The husband and wife were held separately and granted intermittent access to an Israeli lawyer and Israeli consular officials.

The delicate diplomacy to secure their release was complicated because the two governments do not have ambassadors in each other’s countries due to longstanding tensions between Ankara and Jerusalem.

Tal Schneider and agencies contributed to this report.

Joe Flacco: I'm not vaccinated, I won't say why to avoid creating a distraction

Wife stunned to learn husband is female after months of sex

U.S. to compensate some ‘Havana syndrome’ victims with six-figure payments

Prince William reflects on his controversial Caribbean tour: ‘We learnt so much’

Afghanistan earthquake: ‘What do we do when another disaster hits?’ Afghans face crises on all fronts